King of the Clay, Part 1 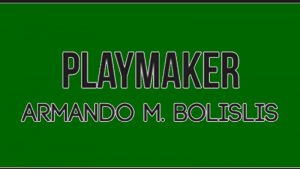 It has been said that all good things will come to an end. Last Thursday early dawn (Philippine time), World Number One Novak Djokovic ended the winning streak of the most remarkable netter to ever play in a clay surface. Djokovic put to a halt Rafael Nadal’s 2015 French Open campaign in a surprisingly lopsided quarterfinal match (many tennis followers, myself included, thought it would have been a closer fight), 7-5, 6-3, 6-1, to end the nine-time champion’s 39-match French Open winning streak.

Nadal is a godly figure when it comes to playing on the clay surface. He is so unbeatable in this surface that this defeat was just his second at Roland Garros for the entire career of the best there’s ever been on red clay. The first one came way back in 2009 at the hands of Robin Soderling in the 4th round. That’s just two defeats in 11 years of participation in the French Open. Overall, Nadal won all other nine French Open titles he participated in; a feat that had just broke a tie with Max Decugis for the all-time record last year and believed to be probably one of the unbreakable all-time records.

Now that his streak is done, another chapter in his book of clay court greatness closes and time to let the story be retold. In appreciation of why he is the undisputed King of the Clay, let me present him here, in a chronology, on how he was dominant in winning his nine titles and the streak he will surely own for a very long time, with a great probability of being unbroken during most of the life time of us reading this piece:

Nadal, seeded 4th at that time, breezed through the first four rounds dropping only a single set, thereby winning 12. He pummeled fellow Spaniard David Ferrer in the quarterfinals, 7-5, 6-2, 6-0, before dropping his second set in whipping then World Number One Roger Federer in the Semis, 6-3, 4-6, 6-4, 6-3. He then got his first French Open title by knocking out surprise qualifier Mario Puerta, 7-6, 6-3, 6-1, 6-5, to join Mats Wilander as the only men in history to win the French Open in their first attempt. Set won-loss count in the French Open: 21-3.

Still seeded 2nd, he breezed through the first four rounds without losing a single set. He then went to eliminate 23rd seed Carlos Moya, 6-4, 6-3, 6-0 in the quarterfinals and knocked out 6th seeded Djokovic, 7-5, 6-4, 6-2, in the semifinals. He proceeded to take out the top seeded Federer again, 6-3, 4-6, 6-3, 6-4, to take home his third title in. This was one of his best performances in the tour as he just lost one set the entire proceedings. He had established a 19 set winning streak before his dropping one in the finals. Set won-loss count in the French Open update: 62-7.

The best rout of the tournament he’s ever had. Still seeded 2nd, he would breezed again through the first four rounds without losing a single set including wins over Nicolas Devilder in the second round, 6- 4, 6-0, 6-1, Jarkko Nieminen, 6-1, 6-3, 6-1 in the third round, and Fernando Verdasco in the fourth round, 6-1, 6-0, 6-2. He would rout Nicolas Almagro in straight sets, 6-1, 6-1, 6-1, before taking token resistance from 3rd seed Djokovic. He would still go on to eliminate him 6-4,6-2,7-6. He then proceeded to humiliate the top seeded Federer 6-1, 6-3, 6-0 to get through the tournament without dropping a single set. This would be his best performance in both the finals and the entire duration of the tournament. He would not drop a single set during this campaign. The finals result was the second most lopsided result in the history of the French Open finals and sixth best all-time when including the other grand slam tournament, the Australian Open, the Wimbledon, and the U.S. Open. Only the 1977 French Open final where Guillermo Vilas routed Brian Gottfried, 6-0, 6-3, 6-0, was better. Set won-loss count in the French Open update: 83-7. His set winning streak of 19 last year is now history as he now has won 23 straight sets.

Nadal experienced first times during this year. He was seeded first for the first time in this tournament. Nadal got through the first three rounds with an immaculate record. He, however, experience another first, this time tasting the feeling of losing as he fell to Robin Soderling 2-6, 7-6, 4-6, 6-7 in the fourth round and bombing out of contention. With this, he established the best streak without losing a set in the tournament at 31, dating back from his 2007 finals appearance. Set won-loss count in the French Open update: 93-10.

See you next week for the second part of Nadal’s run .