The Legal Officers were probably saving the best for last in uncorking a mid-game crippling run to stop the Justice Officers’ impressive run and make it as back-to-back titlists in the Interoffice Bracket of the fifth season of the Laity Cup. 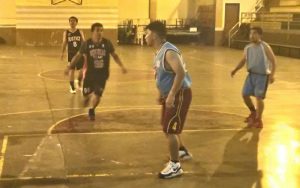 After struggling to eliminate the Executive Mixers in the semifinals, the Legal Officers dictated the pace of the finals game from the very onset to nail an 86-80 victory last Thursday at the San Jose Gym.

The Legal Officers came out of the gate with serious intentions as they quickly raced to a 20-13 lead in the first. Attys. Neilson Sabog and Hoven Bolislis sank a triple each to serve notice of their attempt to wrap up the title early. 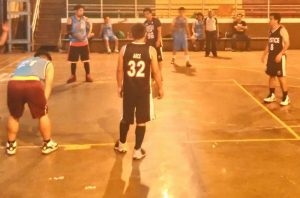 The Justice officers brought it back to 4-point game, 28-24, behind a balanced scoring attack but two baskets each by John Fernandez and Rex Chicay towards the finishing stretch of the second got the lead to balloon back to 13, 40-27 at halftime.

Atty. Jake Sagpa-ey opened the third canto with a trey and ignite a Legal charge that pulled them way ahead and blew the game wide open. By the time Sagpa-ey canned the last basket of the third to cap his 11-point quarter explosion, the Legal Officers are now 17 points ahead, 65-48.

They somewhat coasted along in the fourth and relied on Sabog’s 10 points to still remain up by 10, 82-72, just under two minutes left. 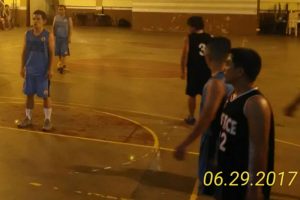 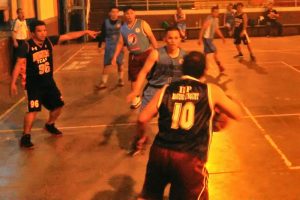 When Arnold Canol made a bucket to chop it to eight, 56 seconds, the Justice Officers started a fouling spree that send Legal to the stripe. It paid dividends as Legal missed four consecutive freebies while Pros. Arthur Bataclao drilled a twinner and Pros. Hazen Binay-an canned two freethrows to cut the lead to four, 32 seconds left.

Sagpa-ey, however, was sent to the line and made one of two. He got back there for another two attempts after the Justice bungled their possession and nailed another split to ice the game.

Put up of CDRRRMC building is 60 percent complete