Baguio City – The passers of the just concluded October, 2016 Certified Public Accountant (CPA) Licensure Examinations can have their oath-taking in City of Pines. The ceremonies are slated be held on November 19, 2016, Saturday, 9 o’clock in the morning at the Supreme Hotel, Magsaysay Avenue, here. 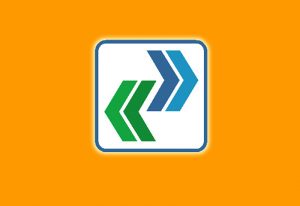 Seven schools in the Cordillera Region offering accountancy have successful passers during the recent examinations.

Saint Louis University (SLU) still has the biggest number of passers while University of Baguio (UB) has the best success rate.

A total of 109 SLU candidates became CPAs. SLU fielded a total of 242 candidates for a 45.04% success rate. The 13 UB passers out of 23 candidates, translating to a 56.52 passing percentage, led their alma mater in the success rate.

Cordillera Career Development College (CCDC) in La Trinidad, Benguet followed up their record high of 16 passers last May with 12 out of 59 this time for a 20.34% success rate.

The Kings College of the Philippines (KCP) in La Trinidad had two passers while the Mountain Province State Polytechnic College (MPSPC) in Bontoc had one.

The inductees who will be attending the oath-taking ceremonies will be given their PRC license and Board Certificate during the event.

Ticket price is P600 for inductees and P600 for every guest. Ticket sales and confirmation of attendance is until Tuesday, November 15, 2016.

LGUs not to be blamed for over ranked police chiefs

BONTOC, Mountain Province – The provincial government under the leadership of Gov. Bonifacio C. Lacwasan, Jr. and through the...

LA TRINIDAD, Benguet – Some United States Peace Corps volunteers who earlier arrived in the country will be serving in...

KAPANGAN, Benguet – A Science teacher at Kapangan Central National High School (KCNHS) found out that a Science courseware was...

Businesses required to post notices on charging of service fees